RT @BurySams: Spending time at home this year may have caused feelings of loneliness. Staying connected with your neighbours can improve yo…

Standing up to the Government on their broken Brexit plans

Tree replacement – should we be planting more?

One of the things that makes the Prestwich area nice is probably the amount of trees we have. Not sure if it is true, but we’ve always been told that the previous Prestwich Borough Council (which existed until 1974) had a very proactive policy of planting trees which a generation later we are seeing the benefits of. Presumably Whitefield Urban District Council was doing the same thing in the areas around Tamworth Avenue etc. 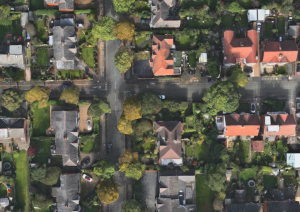 But we also have problems, many of these trees have become too large for a housing area, and one of the main issues you raise with us is the need for trees to be dealt with by the Council, not just trees on streets, but also trees in school grounds or overhanging onto pavements.

Basically in the last three years around 140 trees have been removed, but Bury has only planted 10 new street trees.

Obviously there is a cost in planting trees, and these are financially difficult times for all public services, but is this the right policy? Would we be better having a long-term plan of replacing trees that have become too large for the local area?

What do you think?

Q. Could the Leader inform members of the number of trees on Council land which have been felled or removed in the last three years. How many trees have been planted in the same period? (If possibly a division between ‘street’ trees on
 pavements and verges, and trees in parks or woodlands would be appreciated, if available.)

A. In the past 3 years approximately 140 trees have been removed. The majority of these trees (93%) are from the highway where the trees have become too big for the location. The Council is restricted from planting new trees in highways due to footpath width and underground utilities. Over this period 10 new street trees and 10 parks trees have been planted where resources have permitted. There will also be a significant number of self sown trees in our parks and countryside areas.

Leave a Reply to Melvyn Taylor