Public Urged to NOT pick up dead or sick birds

Your vote matters and is a Vote for Hope, Action and Transformation.

As you may be aware Bury Council has just started a six week consultation on proposals to make significant changes to Bury New Road as it passes through Prestwich Village. Consultation ends on 23 December 2015.

Some (Labour) councillors have been developing the plans for the couple of years, but this is the first time that the plans have been made public in any way and the first consultation with members of the public.

The proposals are for either: 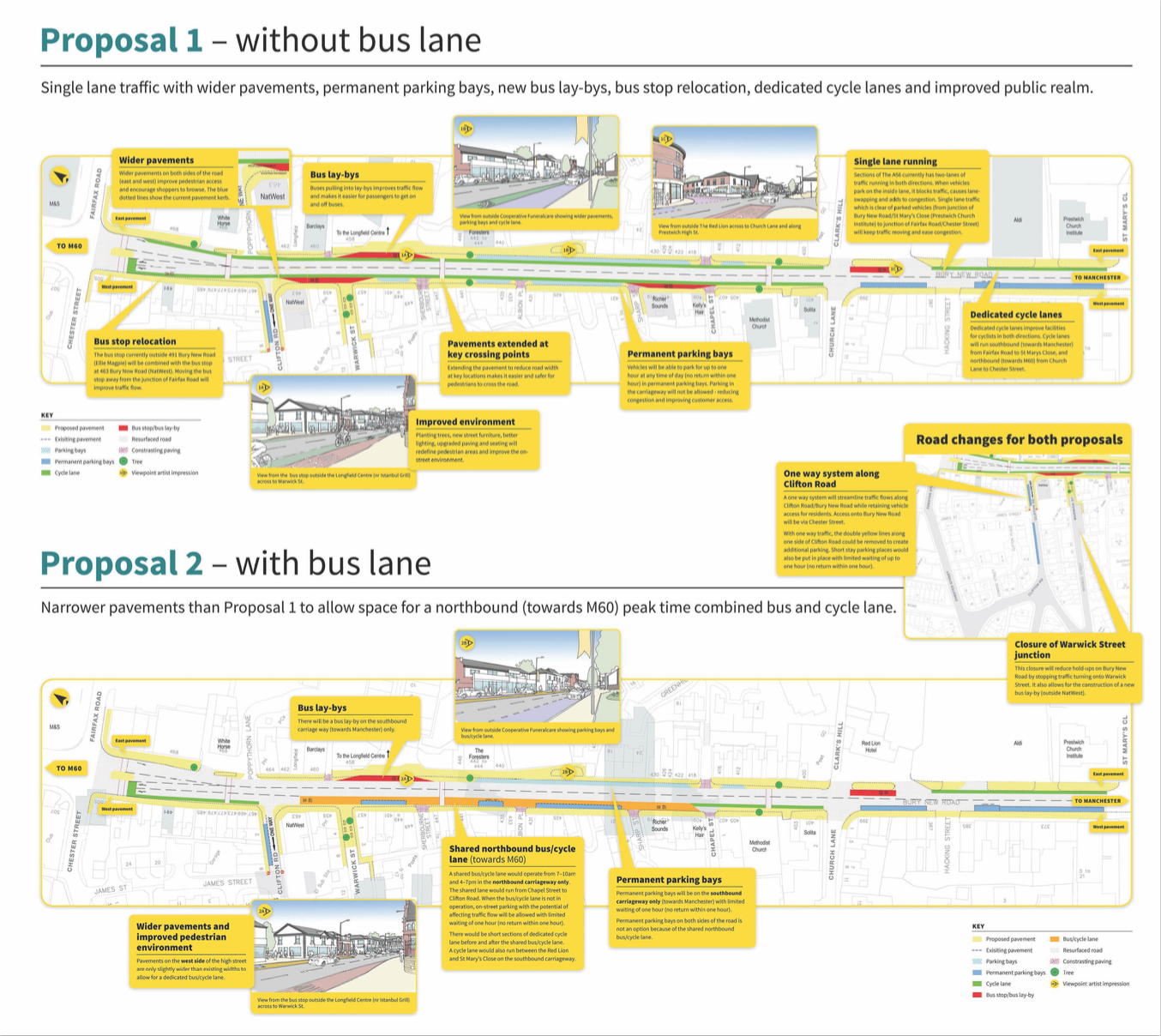 A plan of the two schemes is here.

The work to do this would take place from summer 2016 for seven months.

The scheme costs £2,000,000, some of which would come from Transport for Greater Manchester, but the bulk from Bury Councils reserves or borrowing.

Our view is that it is really important that the Council LISTENS to Prestwich residents on this proposal – hopefully this time they will. Please do have your say in the consultation here.

Please do also let me and the local Lib Dem team know what you think about the scheme. We are here to represent you, and stand up for our local area, so please let us know what your views are so we can represent you to the best of our ability.

Concerns
Obviously the scheme needs to be studied in detail, but our biggest initial concerns are:

The scheme does not solve the traffic proplems we currently have on Bury New Road. All of us know about the traffic jams that Prestwich suffers for much of the day on the main road, and people who live on streets off the main road (e.g. Highfield Road, Nursery Road, Heywood Road, Poppythorn Lane, etc.) suffer as a ‘rat run’.

Regenerating Prestwich is meant to be the core objective of the scheme, but if people are to live, work and visit Prestwich, then we need to be able to get in, get out and get about. Most people in Prestwich who work do not work in Prestwich, and many people rely on the A56 to get us to Manchester, Bury or the M60.

We would have hoped that the investment could have helped with this, but the traffic modelling that has been done does not show any significant improvement and in some cases and times of the day would make the journey longer. (Scheme 1 shows a longer travel time at the evening rush hour, and scheme 2 shows longer travel time in general, we guess this is except for buses travelling north).

We are concerned about the Fairfax Road / Chester Road junction. A very large amount of traffic relies on this junction to access the ‘rest of the world’, and at the moment we cannot see how the scheme will make the junction better or safer.

Cycling
We are really worried about some of the detail about cycle lanes and bus lanes. We should have roads that are safe for cyclists, but the proposal is for cycle lanes that are squeezed between the traffic and parking bays and bus lay-bys, which evidence says is actually not going to make for a good cycling provision. (Cyclists tend to avoid cycling in a lane which is right next to parked cars to avoid car doors opening, and cycling between traffic and parking bays and bus lay-bys does not seem very safe.)

Bus Lane
Bury Council has recently reviewed its bus lanes and has closed the bus lane on Rochdale Road going into Bury so it seems odd that it is proposing a new bus lane in Prestwich!

The lane is advertised as a bus and cycle lane. We have real concerns about cyclists safely sharing a lane with buses. Although this might work for an experienced cyclist, I suspect most people would not be happy with their children cycling up a bus lane on Bury New Road.

Please let us know about your views either by commenting below or emailing me (tim@burylibdems.net)