Public Urged to NOT pick up dead or sick birds

Your vote matters and is a Vote for Hope, Action and Transformation.

Following on from questions from Prestwich Liberal Democrat councillors, the reasons for the delays in the start of the roadworks on the A56 through Prestwich village have been revealed:

According to the Council:
“- The main contractor struggled with resources to meet the original start date.

– Trial holes have demonstrated that some tree positions were not achievable due to underground services which has necessitated some redesign work.

– Some traffic modelling inconsistencies that needed to be addressed.

– The business case for contributory funding from GMCA has been waiting for approval.” 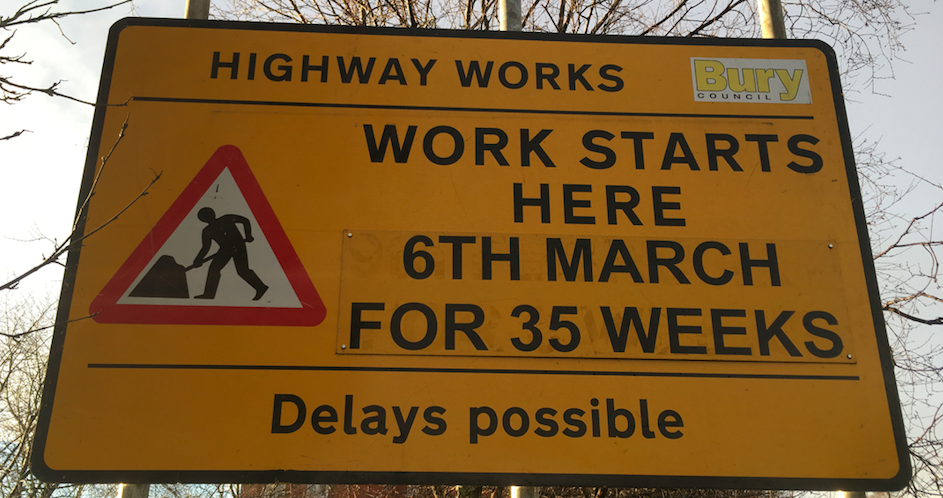 Liberal Democrats went on to ask whether the delays would impact on the finish date, particularly that with timings now getting dangerously close to Christmas. The Council said:

“The last element of the works will be the resurfacing works. Whilst it is hoped that these can be undertaken before the Christmas period, a road works embargo is usually put in place across Greater Manchester at the beginning of December and Highways England have plans to undertake works to J17 and J18 around this time. If these impact negatively on the Prestwich High Street works, it may be that the resurfacing works have to be completed in the New Year.”

The questions were asked by Liberal Democrat councillor Mary D’Albert, who said:
“We’re pretty amazed about just how many things seem to have gone wrong since the roadwork signs have gone. It seems amazing that the signs ever went up when so many things were still to be sorted.

The scheme was widely opposed by Prestwich residents, even in the Council’s own ‘consultation’ on the issue, but they have ploughed ahead even with all these problems.

There are now major roadworks scheduled for Bury OLD Road in May and with the motorway works at the same time this is surely too much for Prestwich residents and businesses to bear”.